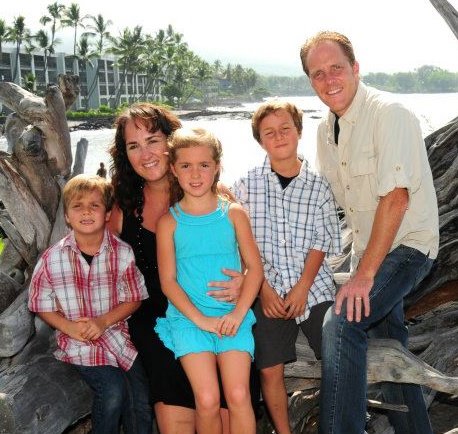 In the Bible, John’s gospel chapter 9, there’s a story about a blind man:

Jn 9:1-6 Now as Jesus passed by, He saw a man who was blind from birth. And His disciples asked Him, saying, “Rabbi, who sinned, this man or his parents, that he was born blind?”

Jesus answered, “Neither this man nor his parents sinned, but that the works of God should be revealed in him. I must work the works of Him who sent Me while it is day; the night is coming when no one can work. As long as I am in the world, I am the light of the world.” When He had said these things, He spat on the ground and made clay with the saliva; and He anointed the eyes of the blind man with the clay. And He said to him, “Go, wash in the pool of Siloam” (which is translated, Sent). So he went and washed, and came back seeing.

I have often wondered why Jesus went through the process of making mud and then asking the man to “wash in the pool of Siloam” when He could just as easily have said the word and healed him. And it occurred to me that sometimes God wants you to take part in your healing. To take a step of faith and move toward your victory. I know that’s what He did with me.

In 1999, my wife Nikki and I were living a life founded in our mutual faith in the true and living God. We had both quit our corporate jobs and started a non-profit organization dedicated to encouraging young people. I had also started racing in one of the NASCAR circuits, a dream I had harbored since the age of 4. We were young, driven, and full of hope. Life was good.

Around that time, my mother, who was a nurse, got tired of watching me back up against walls to scratch an unbearably itchy, irregularly shaped mole that had appeared on my back. She scheduled an appointment with a dermatologist, and in an instant, my perfect life was shattered. Tissue samples from the mole revealed malignant melanoma cancer.

Sitting in the doctor’s office with a lead ball in my stomach, the words seemed to swirl around me -“metastasized … multiple locations … through your body … lymph system… Interferon … chemotherapy.” Through the onslaught of phrases and medical terms, I managed to glean this much: I had a 5% chance of making it to my thirties without treatment. With treatment, the chances went up to 20%. The doctors were clear on two things, however. I would never have children, and I was done with racing.

The next few days were a blur of prayer, sympathy, and well-meaning advice of all kinds, and I was grateful for all of it. But through it all, God led me to a video by a Christian pastor that taught about the healing power of a natural diet, eating the way God intended us to eat in the Garden of Eden. I decided to forego treatment and focus on prayer and healing my body the natural way.

Let me take this moment to say that I am not, by any means, encouraging anyone not to take their doctor’s advice or follow recommended treatment for any disease. I believe in doctors and medical science as much as the next guy and they serve a valuable purpose in society. But in my heart, I knew that this was what I was meant to do. The choices medical science had given me were not acceptable, and I decided to trust God and take another path. This was my “wash in the pool of Siloam” moment.

The rest of my story is history. Within months, my cancer began receding without medical treatment of any kind, and to the astoundment of my doctors, it was gone within the year. God had given me my miracle. I continued racing and then went on to build several successful businesses. Nikki and I have had the chance to travel the world, and we have not one but three beautiful children who bring us joy every day. I cannot imagine my life without them.

A Reason to Live

When I think about the story of the blind man in John 9, I am reminded of the answer Jesus gives to his disciples when they ask Him why the man was born blind.

John 9:3,4 “Neither this man nor his parents sinned,” said Jesus, “but this happened so that the works of God might be displayed in him.

Why was I spared? I believe I’m still here “so that the works of God may be displayed in me.” That’s what motivates me every day to go out and fight for what I believe. That’s what motivated me to run for Congress – to protect this country from the depravity of policies that turn us away from our Judeo-Christian values. I’ve stepped into the “pool of Siloam” before and I am stepping in once more. Not in my own strength, but in His, I’m taking a leap of faith again. I have been given 22 years that the doctors told me were not mine to have. And each one of those years is another reason to take action, to stand, to fight. To make a difference.

I believe I’m here because I still have a job to do. And so do you. For every second that God gives you breath. Pray, serve, vote, volunteer, step out and leave the world better because you were in it.

At the end of the passage, some of the Pharisees tried to bully the blind man into retracting his healing story.

So they again called the man who was blind, and said to him, “Give God the glory! We know that this Man is a sinner.”

He answered and said, “Whether He is a sinner or not I do not know. One thing I know: that though I was blind, now I see.”

That’s my story. I was a dead man walking, and now I’m healed! There is nothing that can threaten or crush me. I will not be bullied into silence. Cancel culture has no hold on me. I will speak the truth and I will speak it loudly. As long as I’m here, I’m in the fight — that the works of God may be seen in me.