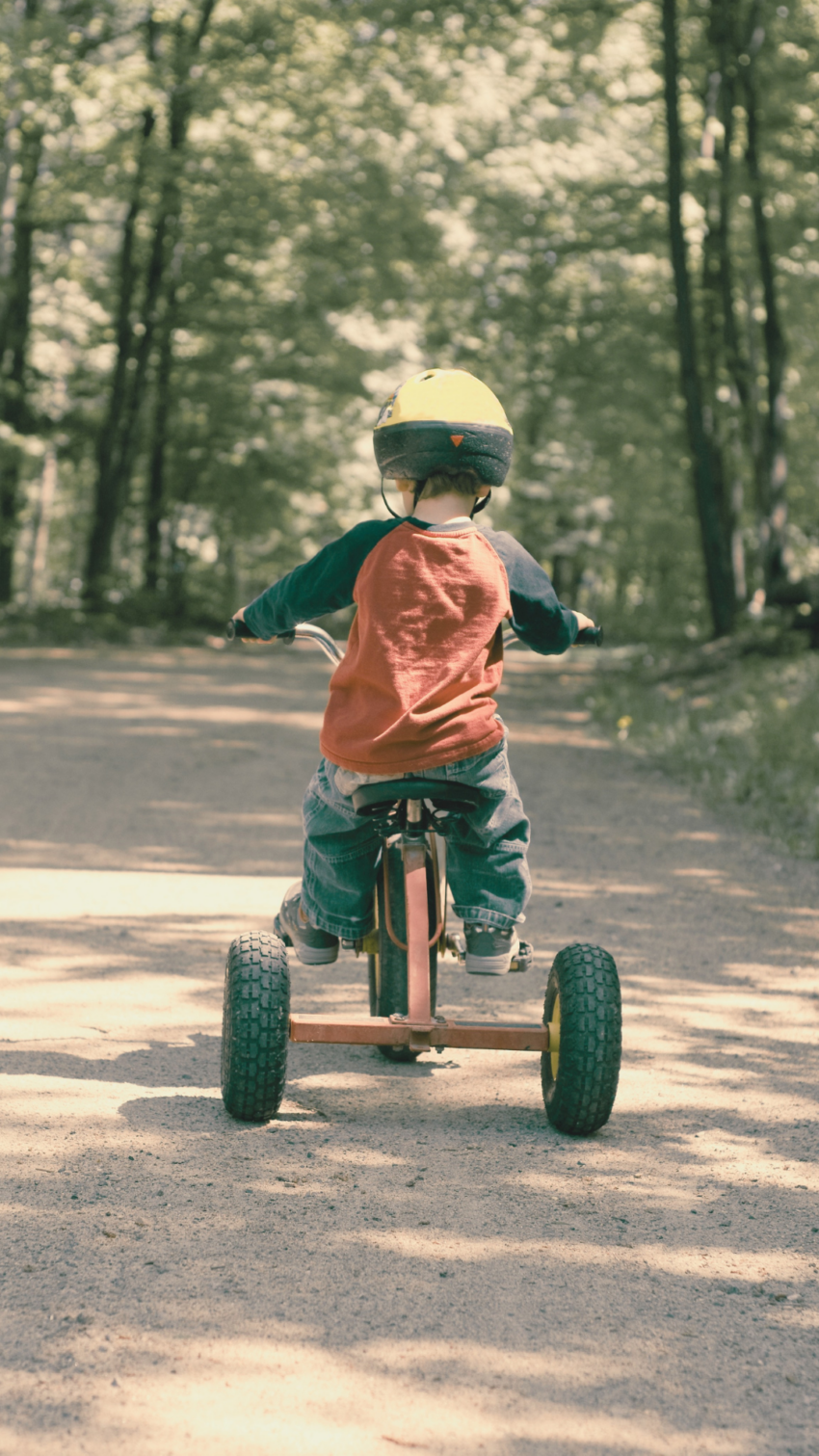 It was the summer of ’72. I was three: a precocious bundle of energy who always seemed to be in trouble. I was riding my beloved trike around the pool of the rundown apartment complex we lived in. My mother was doing laundry in the un-airconditioned apartment coin-op. She carried the laundry back and forth on a wooden plank with handles cut out at the ends. She was young and pretty but deeply damaged from her life experiences. My real father had already abandoned us by then, and we had moved on to stepfather number one of four. My five-year-old sister, the only stable person in my life, was, after all, a five-year-old. She had forgotten her “job” as babysitter and was happily playing in the corner by herself.

I wove my way carefully through a bunch of seniors, napping on their pool chairs, and found myself drawn closer to the water. I vaguely remembered that my mother had told me not to get too close, but instructions like those had never made any sense to me. I pedaled harder, each time just a little closer to the inviting coolness. Then, I felt one of the back wheels give way, and I was in the water. No one by the pool saw me go in.

The Angel On the Second Floor

Still holding on to the handlebars, I sank down to the bottom of the pool. It was too sudden to even be terrified. Darkness started to close in on me. Suddenly, I felt large rough hands grasp me and pull me out of the water, gasping for breath. A Samoan lady had seen me from her balcony on the second floor. Without a moment’s hesitation, she jumped out of her second-storey balcony, into the pool, and saved my life.

Instantly, I was surrounded by concerned people pumping water out of my lungs and making sure I could breathe. I looked around for the woman who had saved my life, but she had backed away modestly while other neighbors cared for me. It was those neighbors who later told my mother what had happened.

When I think of the lady on the balcony and her instant heroism, I am reminded of heroes in our history who, without hesitation, jumped into the fray, putting another’s life above their own. People like Private First Class Ross A McGinnis, who lost his life in Baghdad, Iraq, on December 4th, 2006 while serving as an M2 .50-caliber Machine Gunner, 1st Platoon, Company C, 1st Battalion, 26th Infantry Regiment, 1st Infantry Division.

While conducting control operations to reduce sectarian violence, a fragmentation grenade flew through the gunner’s hatch that Private McGinnis was manning. After yelling, “grenade” to allow his four crew members to prepare for the blast, Private McGinnis made the decision to use his own body to shield his friends from the blast. In an extraordinary act of bravery, he threw himself on the live grenade, pinning it between his body and the vehicle, absorbing most of the blast and being mortally wounded in the process.

Alexander Hamilton wrote: “There is a certain enthusiasm in liberty that makes human nature rise above itself, in acts of bravery and heroism.”

Heroes All Around Us

Whether it’s a stranger on a balcony or a soldier in the United States Army, we are surrounded by heroes provoked by the enthusiasm of liberty and the Spirit of love. Good people who do extraordinary acts of kindness, virtue, and bravery, going, for the most part, unnoticed. While the actions of an errant cop or a deranged lunatic are played on an endless loop over the 24-hour news cycle, while protests encouraged by politicians who pander in the politics of hate fill our streets, this is not who America is.

While statues of dead men are toppled over sins committed in ignorance or the acquiescence of an unevolved society- somewhere in the world, an American soldier is giving his life for his friends. Somewhere in America, a woman of color is risking her life for a frightened little white boy who will never know her name.

As we face the grenades of division and the deep waters of moral relativism, we can count on these heroes.

As long as they still exist, America will too.