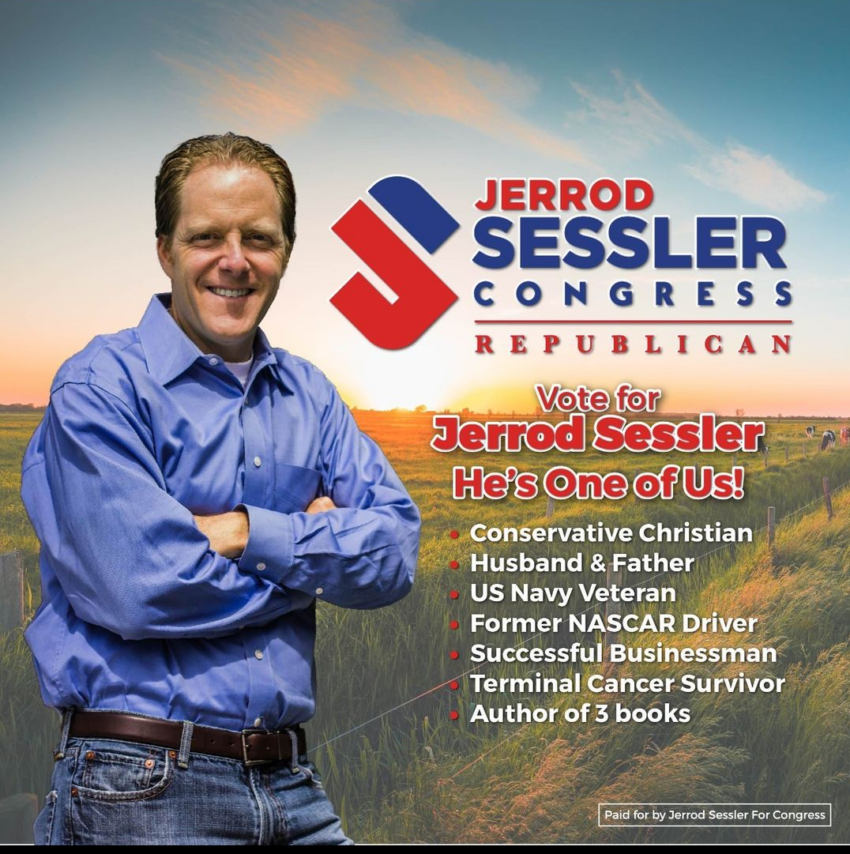 The Jerrod Sessler campaign is proud to announce that Jerrod has received the coveted endorsement of Arizona state senator Wendy Rogers and Virginia state senator Amanda Chase. These endorsements strengthen Jerrod’s growing popularity in both the political community as well as among his constituents as they demonstrate his viability as a candidate and his commitment to America – first principles.

Jerrod first met Wendy Rogers at the Mike Lindell symposium. Wendy is a strong proponent of election integrity and the implementation of audits and other laws that make it harder to commit election fraud. In a no-holds barred tweet, Wendy declared Jerrod the best candidate to beat Trump impeacher Dan Newhouse.

Shortly after receiving Wendy’s endorsement, Jerrod received a second endorsement from state Senator Amanda Chase, another dynamic America-first conservative senator from Arizona. The outspoken advocate for conservative values who has been described as “Trump in heels” tweeted this:

Jerrod replied to these statements of support tweeting:

“It is an honor to stand shoulder to shoulder in defense of America with Amanda Chase, Wendy Rogers and other leaders across the nation. We will win.”

The support and acceptance that Jerrod is receiving in the conservative community is no surprise to those who know him. There is no stronger believer in conservative values, America-first principles, and building on a constitutional foundation. He will fit in perfectly among those who have similar beliefs, who have spurned wokeness and radical progressivism in all it’s forms, and who are fighting to bring about the great American restoration.