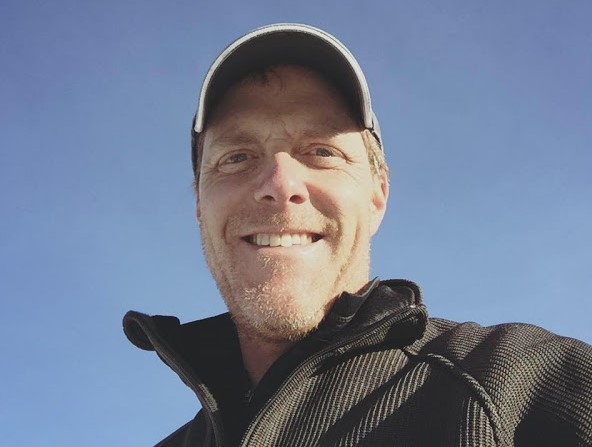 (Why I’m Running For Congress)

Where are we now?

It’s been less than six months since the end of the Trump Presidency, but it feels like we have shifted a hundred years in the wrong direction.

We went from a border wall that was becoming more secure every day to the insane overflow that has resulted in children being packed into giant plastic cases – like little aluminum foil-wrapped packages – and human smugglers tagging their future slaves with wristbands. The first prayer said in Congress ended with an A-women. New gender laws mean that our daughters could be kicked off their high school sports teams by biological men, and our national debt has become a universal embarrassment.

Our kids lost a year of school, putting them even further behind others throughout the world. Columbia University had segregated graduations (can anyone say, “Jim Crow?”) And, Big Tech silences every voice raised in opposition to this anti-American philosophy.

But hey, at least the new government has its priorities in order regarding the military, approving new “hairdo friendly” and maternity flight suits for the women and clear nail polish for the men.

Racing to the Finish Line

My mother tells the story of how, as a precocious 4-year-old, I already knew I wanted to be a racecar driver someday. Growing up in what was essentially a single-parent household, however, that didn’t really seem like a possibility.

Racing is a very expensive sport to get into, and although I wouldn’t say we were poor, there were times when we barely got by. As a teenager, I managed to satisfy my need-for-speed (much to my grandfather’s chagrin) by “float shifting” the gears on his ’76 Ford Dump Truck down I-82 every time his back was turned.

After my service aboard the USS Constellation and earning a couple of Engineering degrees, I had a great job and a gorgeous girl and life was good.

But the 4-year-old in me still had a dream to fulfill.

So when I found out that a battered old racecar was up for sale, I managed to scrape together the money to buy it and, with the help of some great friends and a whole lot of hard work, brought that beauty back to life. In 1998, I finally managed to fulfill my dream, racing at the regional NASCAR Northwest series.

Whether it was racing, the military, business, or terminal cancer that gave me a five percent chance of survival, I’ve never known a challenge I wasn’t willing to meet head-on.

And what is happening to our country has ignited a fire in me once again.

This is where it begins

After four years of positive America-style growth both morally and institutionally, with a long list of wins, peace deals, economic growth, energy independence, and increased border safety, this utter reversal is impossible to ignore.

And faced with the choice to crawl up in a ball and pretend that our country has turned into a racist, sexist, evil nation overnight or stand up and fight for the American values which have afforded me so much, I choose to do the latter.

In doing so, I understand that I am, once again, agreeing to stand in the firing line for my country— knowing that “cancel culture” with its pernicious, foam-at-the-mouth rage at everything good and decent is almost certainly coming for me.

Sometimes, late at night, I look in on three of my reasons for running for Congress, asleep in their beds, and say a prayer for them.

I pray that they will get to experience the America I grew up in, where ambition and hard work are the only requisites for achieving your dreams.

Where God and family hold the highest place of honor. And where differences in race, culture, and opinion are to be understood, not exploited.

I want to remind them that the America I love may be hurting right now but that we have gone through hard times before.

She may be bruised, battered, and a little shell shocked from the criminal abuse of the left, but with the help of good friends willing to fight for the right causes and a whole lot of hard work, we can see her restored to health again.

I’m going to Washington to show my kids that I’m willing to do what it takes to secure America’s future.

Because her future is their future.

Celebrate loudly as you engage, watch, and help because we have nothing more to lose and everything to defend.

It’s going to be one heck of a ride.

12 thoughts on “Where The Rubber Meets The Road”