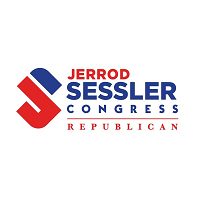 LIEUTENANT GENERAL T FLYNN is a retired Army general with over 33 years of service in the United States military and Chairman of America’s Future, a 501c3 Nonprofit.

During his distinguished military career, he has served as the Director of the Defense Intelligence Agency (DIA) and as the nation’s highest serving military intelligence officer.

His public service included selection and service as a foreign policy advisor to several Republican U.S. presidential candidates (2016) and subsequent appointment and service as the National Security Advisor to the 45th President of the United States of America.

In a letter to the campaign, the General wrote:

“I strongly and wholeheartedly endorse Jerrod Sessler to represent Washington’s 4th District. Jerrod Sessler is a warrior for America First principles and election integrity. Jerrod will also fight to protect our constitutional rights and the rule of law within his district, the State of Washington and our nation.

Jerrod is a champion for the safety and security of all citizens in his district as well as standing tall alongside our first responders, especially our law enforcement professionals.

As a U. S. Navy veteran, Jerrod also understands the value of service, sacrifice and commitment and he will continue to fight to ensure that those still serving and those who have served are afforded the best our country has to offer by taking care of them and their families as well as those veterans who desperately need our help.

Jerrod’s overall experience as a military veteran, a NASCAR driver, a cancer survivor, and now a successful businessman, make him the perfect fit to replace Dan Newhouse, who voted for the impeachment of President Donald J. Trump.

Jerrod also supports auditing the 2020 election and implementing audits as a regular part of our sacrosanct election process. He believes we must restore faith in our elections.

Lastly, Jerrod will bring the necessary leadership, courage, strength, energy and vision to take on the corruption inside of Washington D.C. It’s time to elect Jerrod Sessler for the United States House of Representatives from Washington’s 4th district.”

In a statement responding to the General,  Jerrod reaffirmed his unwavering commitment to America First values and the Great American Restoration, writing:

“I am deeply honored by the endorsement of LIEUTENANT GENERAL MICHAEL T FLYNN,  a statesman and warrior, with a legacy of distinguished service spanning several Presidencies including the greatest President of our lifetimes, President Donald Trump. In our conversations, General Flynn told me his vision for America – a vision I share and will fight with every breath to see come to fulfillment. America will be well served by me and others that are going to DC with the armor of God and a plan to not just defend America but to mount an offense the likes of which our Republican Party has never seen before. I am humbled by the General’s validation of my positions on key issues, and his confidence in my ability to protect and defend the Constitutional rights of those in the fourth district of Washington State and our country.

Thank you, General Flynn.  I accept your endorsement with pride.”