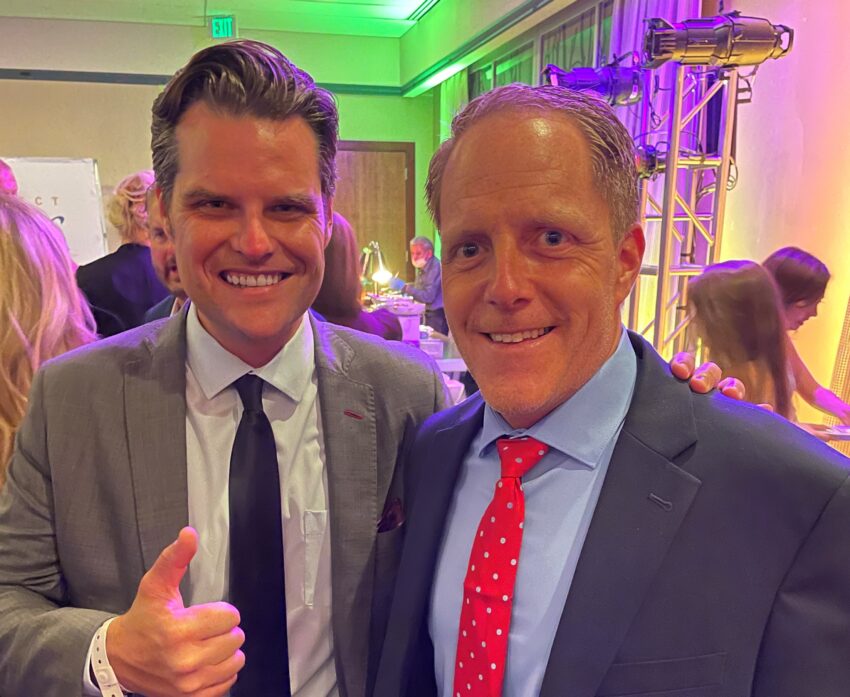 He was honored to be featured on the same podcast as Rep. Lauren Boebert talking about the safety of America and the need for greater border security.

You can listen to the entire podcast here:

Always happy among friends – both old and new, Jerrod enjoyed the time he spent with Madison Cawthorn (his daughter had made him promise to get Cawthorn’s autograph), Matt Gaetz, and other stars of the Conservative movement. He was also interviewed by several news outlets, including his personal favorite, Epoch Times.

The culmination of this memorable trip came on the last night when President Trump addressed the conference. Trump won the CPAC straw poll easily, showing he is still the most powerful person in the Conservative world. The crowd erupted in chants of 4 more years as he spoke eloquently, destroying the Biden administration and their destructive policies.

The relationships and contacts that were created at CPAC are sure to serve Jerrod well when he joins many of these people in Congress in 2022. Although he is not a career politician, he found himself at home here, among people who share his beliefs, his faith, and his love for our great, beautiful, powerful America.